Innovation Districts and a Knowledge Based Economy: An Interview with Jim Eldridge

I had the chance to sit down with Jim Eldridge, CEO of the Ada Jobs Foundation, to discuss his upcoming presentation at the IEDC Future Forum conference where he will be speaking about Rural Innovation Districts. The Ada Jobs Foundation is committed to supporting rural innovation, local business growth, and community development, so this is a topic about which he is particularly passionate.

So Jim, you are going to be speaking at the IEDC conference about Rural Innovation Districts on June 14th. Can you tell me a little bit about this conference?

The IEDC is the International Economic Development Council and this is part of their Future Forums. The Future Forum is really dedicated to looking at new and innovative economic development practices or new and innovative research in the field. This is a topic that has been of great interest to a lot of economic developers. It just hasn’t necessarily been something that has been explored in depth recently at a panel or conference. And so, I think there’s a lot of general interest in this topic.

First off, what is an Innovation District?

It’s an interesting topic. As humans, and as we built cities and communities, we’ve probably had something resembling an innovation district for thousands of years. But I think in the modern sense, it really kind of came out of this industrial model where typically cities were organized to have farms and homes and factories and central businesses or commerce centers. An innovation district is really a space where people can collect or concentrate together to basically create new products, new ideas, new innovations. It’s the reason why major financial firms will flock to the downtown area of a city. In the same idea, an innovation district is an intentional and conscious way of linking together research with startups and early-stage manufacturing, and really be able to take that journey from something being a great potential idea into a fully realized research project, and then into something that can then be commercialized. 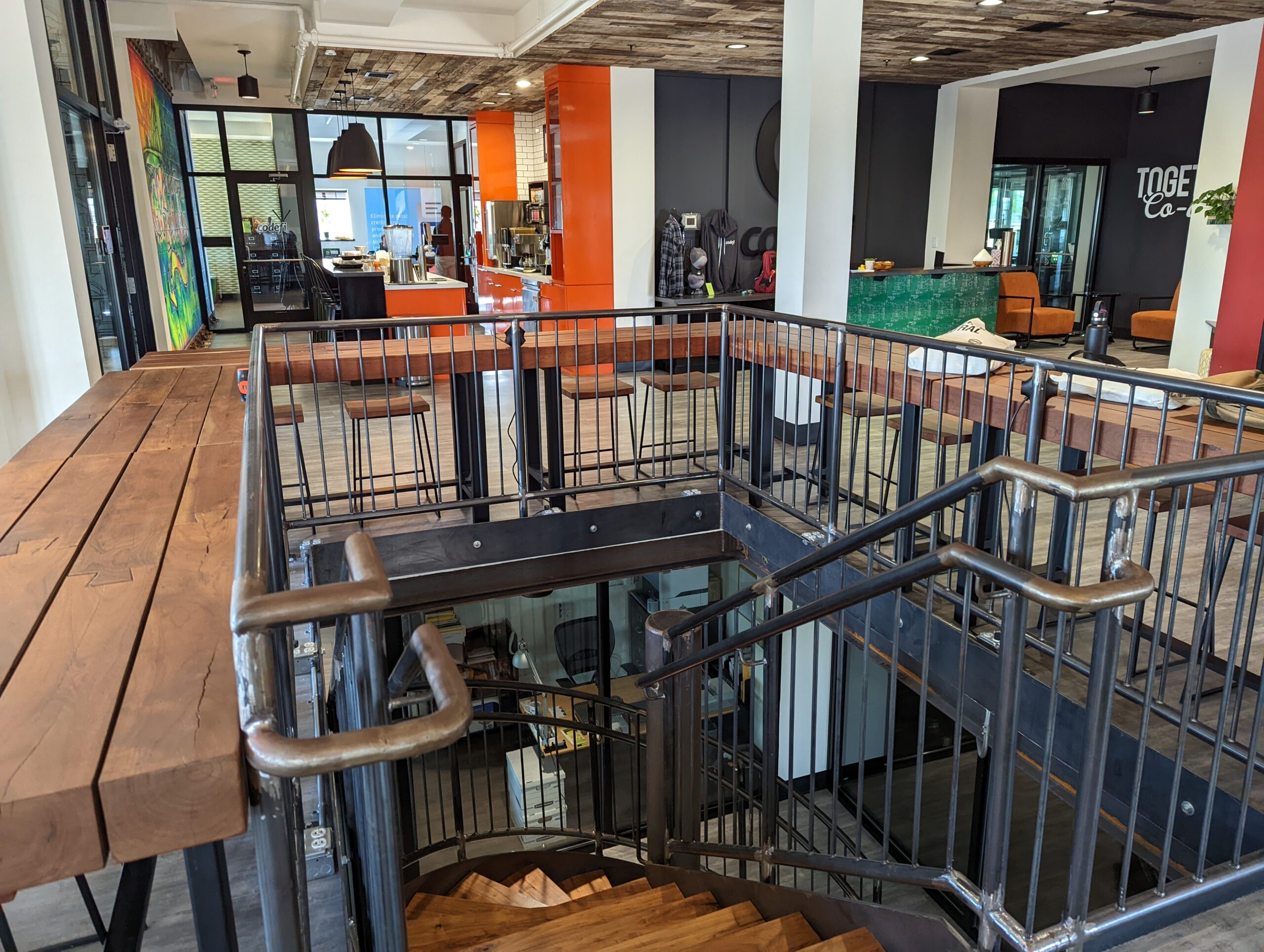 Main area of Codefi in the Marquette Tech District of Cape Girdeau, MO

What is important for a successful Rural Innovation District?

There are a few key elements, but in an Innovation District you’re typically going to have a couple different things. For instance, you are typically going to have dedicated spaces for new startups or startup support. These are co-working spaces or incubators or general entrepreneurial service hubs. They also have some dedicated spaces for research and development and, depending on the industry, this could be like something we have at the airport, testing aviation engines, or maybe a wet lab for water research, or even something digital where people can use technology to code and build software. But you also need some common spaces that aren’t a single office where people can gather—whether it’s a lounge area, a great park, or a coffee shop. It creates a whole different feeling because when you go to someone’s office, or if they come to yours, you’re playing in a more structured environment.

But these other places—we call them “third spaces”—are never exclusively one person’s space. And we have that already with events like East End Eats or a coffee shop like Arbuckle. What we’re learning about innovation districts is that it is not so much about the box around the space, but the network between the spaces that comprise the innovation district itself. But I think one key thing about Ada, that’s different from larger scale innovation districts, is that relationships here happen very much one on one. People like to talk to each other. They like to see each other’s faces. And this has some real benefits. I think people need that part of our culture as we embrace that personal touch, and it has some real benefits. It takes more time and more investment, but you get stronger relationships out of it. But we want to make sure that those one-on-one relationships get connected back to this bigger network and I think that’s what an innovation district can do. 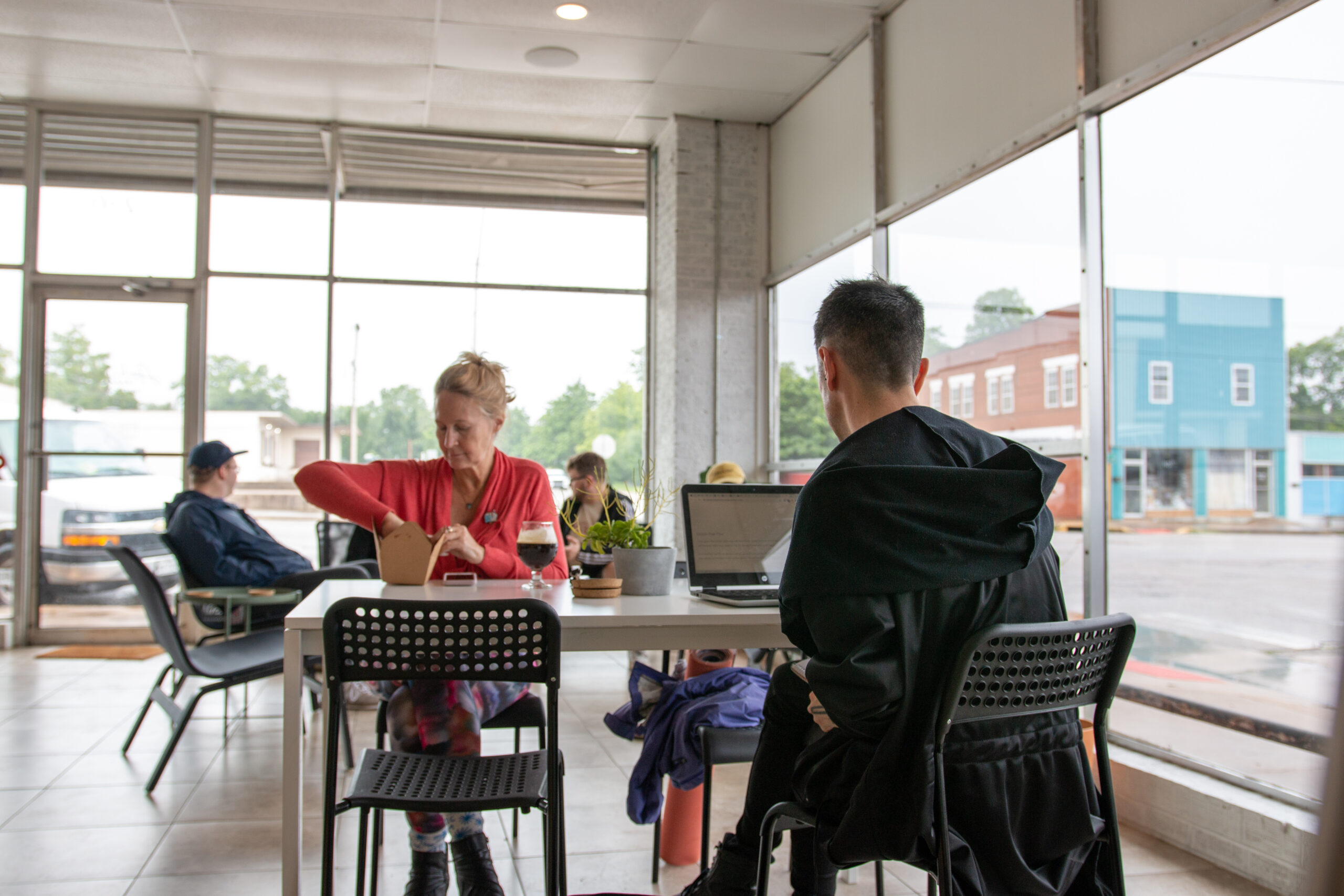 Arbuckle Coffee in Ada. This is a form of “third-space” in our community.

How could we strengthen the innovation opportunities within Ada?

I think one of the biggest things to recognize about Ada is that we already have existing research and development with existing innovation activities. We have research occurring through East Central University. We have research and development happening at the. We have the Kerr Research Center. We have research going on all over the city, but what I think we need to do at this point is start creating more connection points. A lot of small towns can easily have silos built up where maybe the researchers at the EPA aren’t aware of the research happening at the airport. And the researchers at the airport aren’t aware that maybe a manufacturing company has other great ideas and activities going on. And the manufacturing company might not know what’s going on at the university. These connection points are nodes in a network where you can bring multiple ideas together which is why we are really excited about being able to open our Entrepreneurship Center, which is something we are developing through grants. 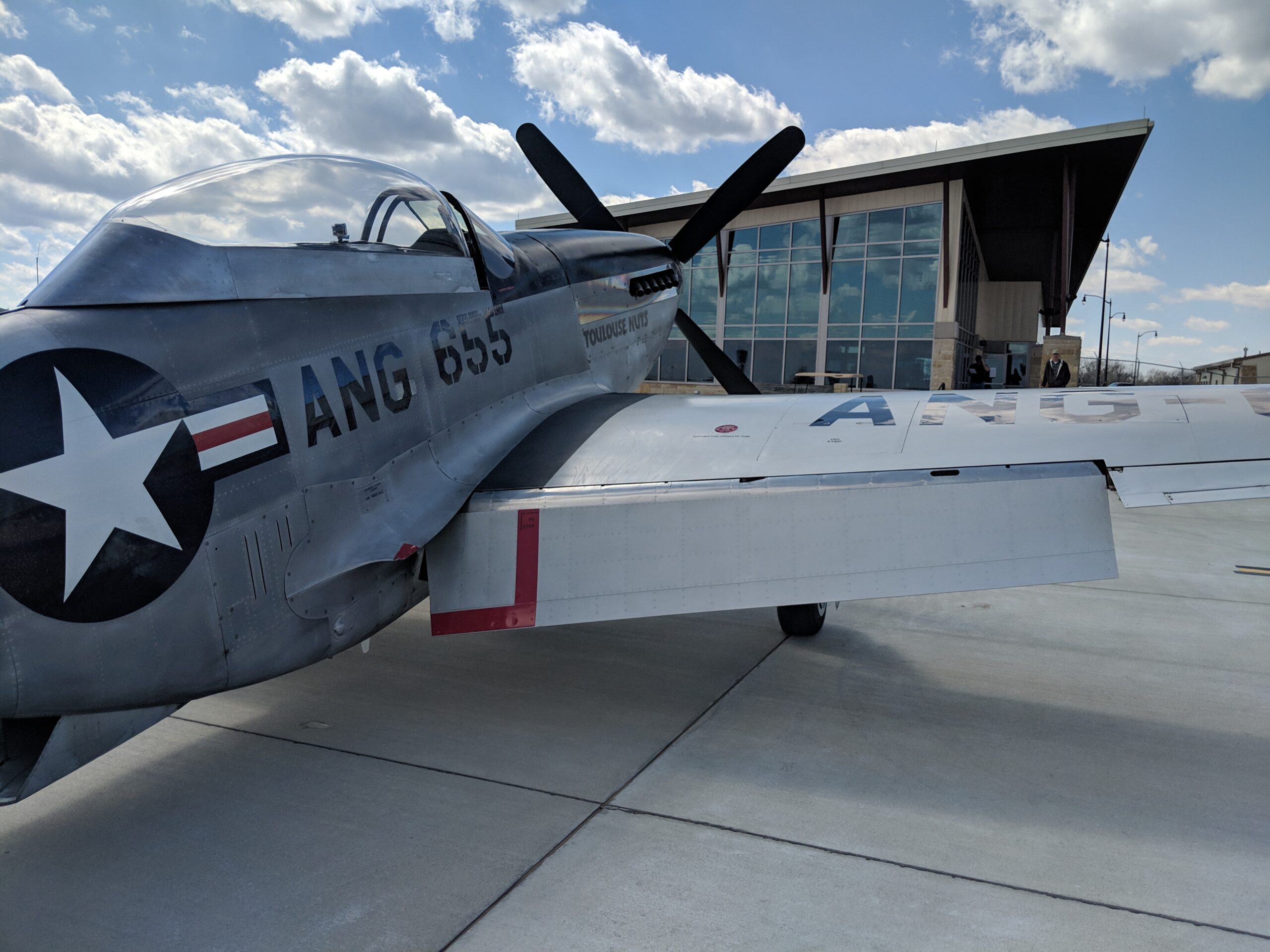 That sounds like it has some exciting potential for our community. Can you tell me a little bit about these grants? How are they going to help Ada build an Innovation District?

We received the Build to Scale grant which is an Economic Development Administration grant that essentially funds programs that support or increase scalable technology startups. It is highly competitive, and Ada Jobs Foundation was one of only 33 organizations nationwide to be awarded as part of the Build to Scale Venture Challenge in 2021. Our Build to Scale strategy is split into three areas. The first big area is what we call ecosystem building. We want a supportive ecosystem so we will be hosting events and telling the stories of innovation and entrepreneurship in our community. These will help inspire, network, and connect people that may have an interest in technology, research, innovation, or startup culture in general. We are trying to create opportunities for these people to interact, get inspired, and learn about the potential of what’s out there. The second major area is launching an accelerator program that will serve the Southern Oklahoma region and will be focused on scalable tech startups. We are also wanting to make sure that we are accurately representing this area by including Chickasaw and other Native American entrepreneurs. And then finally, for the third part, as we accelerate these companies, we will pair them up with mentors and give them everything they need over approximately twelve weeks. We want to make sure they have the capital to keep their company going and so we want to recruit investors.

That sounds like an amazing opportunity for the community. What else can help make this successful?

Well, in addition to the incentive opportunities that benefit the actual research activities, we need other amenities in terms of infrastructure. We need broadband internet connections and adequate housing. We need good health care options, a vibrant Main Street, and good outdoor recreation activities. And that’s the supporting foundation to any economic development, but I think especially for your knowledge or innovation-based activities where you have researchers that may have advanced education and have a lot of options as to where they can live. And so, if they are going to live in Ada, we want to make sure that we have a community that really helps support them as an economic development initiative. Traditionally we have incentivized large manufacturing and industrial style development, but it would be interesting to think about types of incentives that could be used to encourage people to make investments within these innovation districts. Typically, we think about things like big heavy infrastructure improvements but if we are thinking about knowledge and innovation-based development, maybe we need to think about incentivizing things like housing and broadband internet—making sure every business and household is connected.

Do you see this as a shift in how we approach economic development?

The fundamentals of trying to support and encourage economic growth haven’t changed, but maybe our perspective need to change a little bit. The culture of an Innovation District is a knowledge-based economy and that is different than a production-based economy. When we talk about industries like agriculture, oil and gas, or manufacturing, they are very production and material driven pursuits. For those jobs it matters a lot that someone shows up to work every day, is dependable, and really safety driven. But with a knowledge-based economy it may not matter when you show up or what time of day you show up as long and you’re doing work that is important. It tends to value creativity. And scientific research is a creative endeavor. You are literally trying to imagine something that’s never been done and is maybe just a possibility. But Ada is a highly creative city. When you think about the number of musicians and songwriters and visual artists and the history of researchers and patents that have come out of Ada, we are a very, very creative city. We need to think about the fact that a knowledge-based economy and a creative economy work in parallel with one another.

How do you see this affecting the future of our community?

So, this is the beginning of a very long-term strategy. This could take at least a decade to really see the full benefit, but we know that other communities that are a bit further along this path, including rural areas, have been successful. We have to think about what kinds of jobs will keep future generations employed and also how we continue to remain a strong community. This knowledge and innovation-based approach that focused on technology feels like the best long-term strategy from what we’ve seen at this point. We are doing this to make sure that Ada has a really strong and viable future and continues being a great place that has everything needed to grow and sustain future generations.

It sounds like there are going to be some great opportunities available. If someone has an idea or wants more information, what should they do?

We are going to be launching a series of events, where people can attend, network, and plug in to what is going on. We are also going to be launching regular news stories and content about scalable tech entrepreneurship. We will be posting these stories on our website and linking them through our social media—Facebook, Instagram, and LinkedIn. We will also have more information soon about our accelerator programs, so certainly look for that in the future. But I think that if there’s any interest at all, people can reach out to us anytime. Those who are interested can call the Ada Jobs Foundation at (580) 235-0070, comment on any of our social media posts, or email us at info@growada.com.