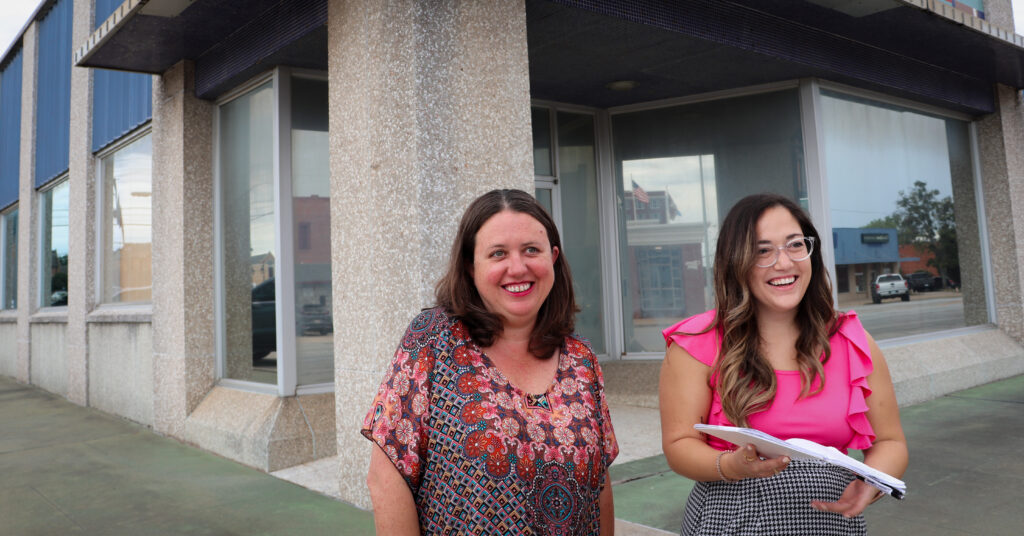 Ada, We Have a Problem

However, the Ada Jobs Foundation also knew that the greatest potential boon to our local economy—and our future—was in scalable technology startups. Technology has been one of the most critical industries for economic opportunity in the United States. Tech hubs in regions like the San Francisco Bay Area, Boston, Boulder, Seattle, and Austin are creating high paying jobs and a wealth of exciting new innovations. Rural areas were once on the forefront of technology, as innovations in agriculture were being developed through partnerships with state universities. As the geography of innovation in the U.S. has shifted over the last century, a few large cities have benefited and rural areas, such have Ada, have largely been left outside of this growth.

Despite, these odds, regional investors were paying attention to our new entrepreneurship programs and they were coming to the Ada Jobs Foundation to meet with Ada’s tech startups. Though. there were too few companies to refer on a regular basis and it was difficult to sustain the interest and attention of investors without a consistent group of new startup companies. The Ada Jobs Foundation also knew the region in Southern Oklahoma had a number of potential resources, startups, and entrepreneurship champions, but efforts to build a regional “ecosystem” of supportive services for these startups had stalled.

The Ada Jobs Foundation realized that Ada needed a pipeline of tech companies and technology talent in order to ensure Ada’s economy would grow and be resilient in the coming decades. There were doubts that Ada, or any part of rural Oklahoma, would be large enough to sustain a steady stream of new tech startups. Naysayers said that it couldn’t happen in rural America, that tech startups needed to be clustered in urban areas with major research university campuses, talent, and venture capital firms.

But if growing our own technology startup ecosystem was the best way to stimulate our local economy, and people said that it wasn’t possible, then what were we to do? We had to prove them wrong. So, yes, in 2019, Ada Jobs Foundation had a problem. However, sometimes the biggest problems are simply circumstances begging for a solution. They found their solution in the Economic Development Administration’s Build to Scale grant opportunity.

Building to Scale Our Ecosystem

The Build to Scale Venture Challenge is a three-year grant provided by the Economic Development Administration to, “further technology-based economic development initiatives that accelerate high quality job growth, create more economic opportunities, and support the future of the next generation of industry leading companies.” It is a highly competitive grant that has the potential to be a game changer for the communities that receive it. Molly Pyle, Head of Entrepreneurship for the Center on Rural Innovation, explains the possible impact of the grant thus:

The EDA’s Build to Scale program is an absolutely transformative opportunity for every city and town across the US, and it’s especially powerful to see that kind of investment flow into rural communities. 1.5 million dollars can go incredibly far in building out the kind of support and resources needed for tech entrepreneurship to be possible for anyone in a rural community, and the positive impacts of that becoming a real possibility are, in many ways, unlimited. From new and higher-paying jobs being created, to kids in the community seeing and believing, perhaps for the first time, that innovation is possible in their hometown. Build to Scale is an investment in the future of a community and a signal that a new wave of entrepreneurship and opportunity is soon to be unleashed!

Some might wonder, though, why scalable tech startups? If the common attitude is that these types of ventures are better suited for urban rather than rural environments, then why put our focus here? Why not agriculture or manufacturing? The answer is simple. These technological ventures are the future and have more potential to invigorate our local economies. As James Eldridge, President and CEO of the Ada Jobs Foundation, states:

When we look at the regions with the best economic opportunities and outcomes, the implementation of technology appears critical to creating these better outcomes and this ultimately creates better opportunities for people living in our communities. Another benefit to companies that are focused on technology is that they are often better able to weather economic shocks and can respond to new opportunities much more quickly.

In a changing world of economic uncertainty, technology seems like the most stable option for our communities. And with all of the resources in our region, it isn’t necessary to be in an urban area. Rural can be technological too. As the pandemic taught us, you don’t have to be in a high-rise office every day in order to work.

After identifying the major roadblocks to creating this new vibrant economic model, solutions were proposed—solutions that Build to Scale could help put into action.

Although rural Southern Oklahoma has talent in technology, most of it is separated into silos that don’t really collaborate or cooperate with one another. They also had to fight against the misconception that scalable tech startups are something for the coastal states or the urban areas. In order to combat this challenge, the Ada Jobs Foundation proposed that they could build an ecosystem to support the creation of scalable tech startups. This could be achieved through two avenues: information and connection. In order for people to realize that innovation is not just for urban areas, it was necessary to tell the story of innovation in rural Oklahoma; in order to encourage collaboration and build a pipeline of talent, it was necessary to provide events and workshops where people can connect with one another.

It was also critical to the Ada Jobs Foundation that the scalable tech startup ecosystem reflect the people in our region, and Ada’s Build to Scale grant was created through close conversation and partnership with the Chickasaw Nation. The events and storytelling were designed to intentionally include First American entrepreneurs, innovators, and businesses.

The next solution proposed was the creation of a technology accelerator for entrepreneurs in our region. This was suggested as a way to help support these potential scalable tech startups. While Ada Jobs Foundation has a history of supporting and providing resources to entrepreneurs, the majority of these programs have supported entrepreneurship in a very broad sense. When it comes to scalable tech startups, these programs needed to be targeted for the specific challenges that these ventures would face. There is where a technology accelerator becomes necessary.

No matter how good an idea and how solid a plan, however, these new ventures would need early-stage capital in order to succeed, thrive, and scale. While there are many generous investors in our area, the majority of investment tends to go into real estate or oil and gas—these areas that have proven to be successful investments time and time again. However, with outreach and education, these same investors could become interested in these new scalable tech startups that would help grow and invigorate our economy. This is how Ada Jobs Foundation planned on fixing the problem of early stage capital.

Build to Scale targets more than just Ada—though Ada is the jumping off point. It extends throughout Southern Oklahoma including ten different counties: Pontotoc, Johnston, Murray, Coal, Atoka, Garvin, Carter, Love, Marshall, and Bryan. The reason why it is extended is in order to get more participation and help transform a larger section of our state. Instead of the dense urban population, we instead have a population spread throughout the countryside. This area also overlaps with the territory of the Chickasaw Nation, which is both acknowledged and included in the grant, making a specific point of collaborating with the Chickasaw Nation to tell the stories of First American innovators and entrepreneurs while also helping support future entrepreneurs realize their goals of creating their own scalable tech startups.

The Ada Jobs Foundation has the potential to bring many of the various silos throughout rural Southern Oklahoma together into collaboration and cooperation through the Build to Scale grant. Once they have identified the talent, they can support these ventures and help transform them into scalable tech startups, while also transforming our communities as a whole. Though it all started with a problem, the solution has the potential to make our local economies stronger than ever.