Adventures in Crypto: One Man’s Journey from Developer to Influencer 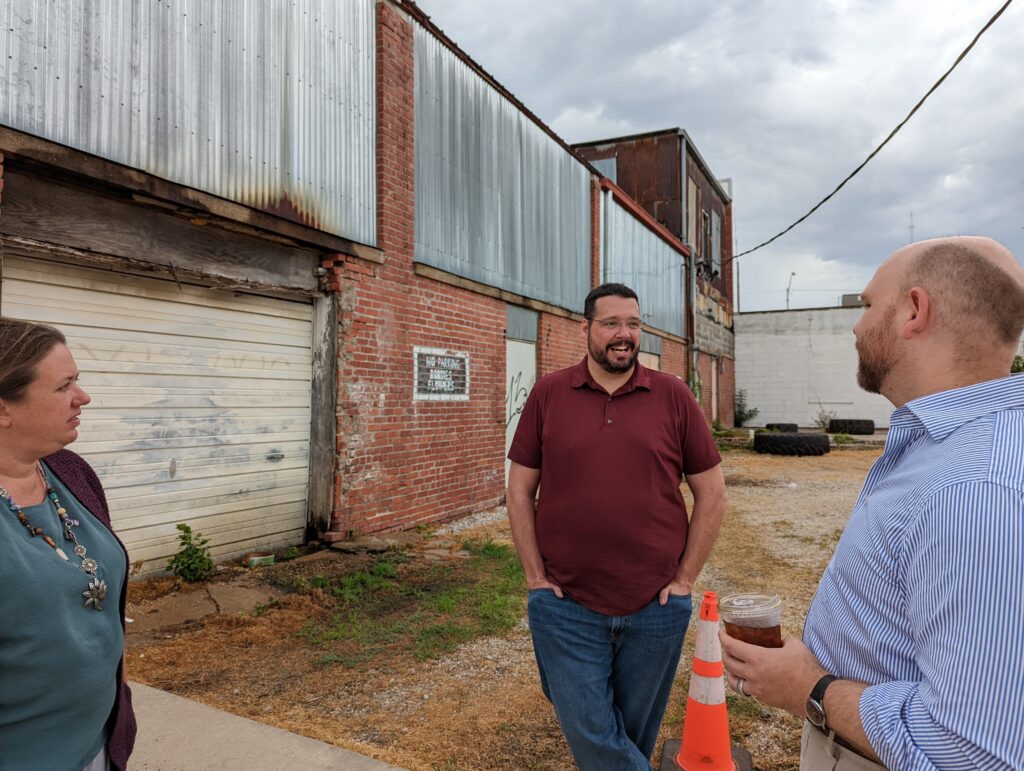 A year ago, if you would have told Jake Cantrell that he would be a full-time crypto influencer on Medium and YouTube that goes by the alias JCCrypto, he probably would have called you crazy.  But here we are. Since September of 2021, Cantrell has amassed over 2,000 followers on Medium and over 1,000 subscribers on his YouTube channel, with the numbers growing every day.

One of the strengths to his approach is that he is genuinely excited about his content and doesn’t try to be someone he is not. As it says on his profile, both for his writing and his videos, “Just a regular guy, that sold his software company to become a full-time crypto investor.” He writes just like he speaks, with a conversational tone and loads of enthusiasm. In the beginning, most of his content was about how to get started in crypto and different tips and tricks. But now, as he has further honed his style and focus, he has become more interested in interview style content. He says, “I enjoy that much more than trying to teach people how to do things in crypto, which is what typical YouTubers do. So right now, I’m transitioning to becoming a crypto interviewer.”

Crypto, or “cryptocurrency,” is a term that has become more and more common in our culture since its introduction in 2009 with Bitcoin. However, while Bitcoin might be the cryptocurrency that most people are familiar with, Cantrell prefers to align his work with the world of DeFi, or decentralized finance, which is a term far less mainstream.

Unlike Bitcoin, DeFi has the general goal of, over time, replacing traditional financial systems. According to Cantrell, “With decentralized financial systems, no central banks, no governments, control the funds.” While some in this space have taken this approach to a pollical extreme, Cantrell doesn’t get into that part of it. He expresses enthusiasm in DeFi as a game-like challenge that allows him to use his analytical brain and unique patterns of thinking while also engaging with a community.

In this world, people can set up their own savings accounts and even apply for loans. Their wallets are like their bank accounts, only everything within this DeFi world is without the traditional regulations, and protections, of centralized financial institutions. The rewards can be greater, but so are the risks. While many of the projects are legitimate, some are scams. Every now and then, a developer will create a project and then, after people have invested, they take the money and run. Even if someone isn’t subject to a malicious scam, these different tokens can still lose value over time, depending on what is happening in the financial world.

Cantrell likes the challenge of DeFi, though. He had been watching crypto since it first came out, but he never really took the time to learn much about it because he was so focused on creating businesses and software companies; he didn’t have the time to learn about something new. But after selling his share in his software company, he was looking for something to occupy his energies and he remembered his initial interest in crypto. He started out with Etherium in April of 2021, but then discovered the world of DeFi in September. Even though he was not initially successful, he kept learning and researching and eventually found projects that worked for him. However, for some of these projects you are more successful if you have people sign up as a part of your team; all the individuals who sign up and put their money in help fund the project.

This is what started his new career as a writer. It was suggested that he write articles about his crypto experience for Medium to gain more team members. Six months later he started his own YouTube channel which allowed him to delve further into his own experiences with DeFi, and his transition to full-time crypto influencer began. Without the need for a team and a community surrounding these projects, he may have never taken this new path.

Sometimes, with his YouTube channel, Cantrell will say that he feels like a teenager, trying to get “likes and subscribes.” This characterization is a sharp juxtaposition with his down-to-earth and easy-going nature. He has even gotten into making YouTube shorts to have a little more fun with it and grow his viewership. On the advice of his teenage son, he keeps all the clips under thirty seconds and, while they all have the overarching message of “go buy some crypto” they also show a sneak peek into JCCrypto’s life and personality. On one of them, he is busy working with bees in his hives at his house, as well as his dog and his garden. In another one he makes jalapeno poppers in his wood fired oven on the Fourth of July, while reminding everyone to “stay hydrated,” which has a double meaning as slang for compounding the interest on your tokens in one of his DeFi projects.

While in the beginning he mainly focused on telling people about different projects and giving tips and explanations, he has since become a crypto interviewer. He enjoys interviewing different people who are involved in the crypto world, getting to know them, and making the personal connections. While the world of software development can be solitary at times, the world of crypto, at least for Cantrell, gives him a wealth of relationships. He has made new friends all over the world and really loves the community that he has developed. This is one of the reasons that he has made the transition to an interviewer—he doesn’t like doing solitary videos nearly as much as collaborating and conversing with others. While he has over fifty YouTube videos uploaded to his page, he is often a guest on other YouTube channels, and this has led him to yet another new venture that he is excited about.

He has been asked to be the brand ambassador and YouTube host for a new crypto platform called Acquire.Fi. They are the first crypto based mergers and acquisitions group. According to Cantrell, “They specialize in buying and selling of blockchain companies but are also working to bridge the gap between physical real-world companies and crypto investors.” His part in this venture is that he will be interviewing their various team members and get deeper and deeper into the specifics of their platform and what they’re offering. As of now they have scripts for thirteen different shows and soon they will be posted to the AcquireFi YouTube.

Cantrell is never one to shirk from a challenge. As the world changes and technology develops, he changes and adjusts with it. Blockchain based technologies, such as cryptocurrencies and Decentralized Finance, are such new approaches that no one can know where they are going next, and this uncertainty creates both risks as well as exciting new opportunities. Though he may have started out designing websites as a teenager, that was only one stop on his path. As he grew into a software developer and a businessman, his life took yet another unexpected turn. And now that he is moving into a space with another set of innovation and technologies, he continues to pursue what he finds most interesting, challenging, and full of opportunity.

Check out the following for more information: